Does a person with bpd feel bad after hurting someone?
This question previously had details. They are now in a comment. 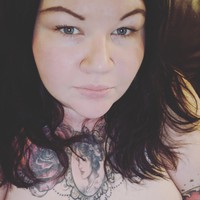 I’m a 35 year old female that is diagnosed with borderline personality. I’m in a long term, loving, stable relationship. A mom. And a dog collector.

I do not intentionally try and hurt anyone. I feel bad immediately if something I’ve said or done has had a negative impact. It’s usually an insensitive comment about something superficial. An example: having disdain for a certain perfume or scent. This is an example only because I made a comment yesterday that I didn’t particularly care for my partners new deodorant, without thinking about how that might make him feel. I apologized, he was fine and laughed. Without dismissing that I do have a genuine personality disorder, I feel like this is a mistake anyone can make. But because I have BPD I have a heightened awareness that there is a big misconception that I’m cold, uncaring, and narcissistic. Which I’m not. I feel like my example is woefully insignificant, but I truly do my best to make people feel better because a lot of the time I’m feeling like crap. Giving a genuine complement or helping someone out feels good. I don’t like when people hurt me, and I do my best not to hurt others or at the very least try to empathize on why someone might be lashing out.

I can share with you the worst thing I’ve ever done, but I also hope any reader can try and understand it was a mistake. One that haunts me daily. I was living alone with my two dogs when one of my friends turned up homeless. I felt for him. He had been battling addiction since high school and he had run out of places to turn. He was a genuinely good person with a terrible disease. He was trying to turn his life around. He worked hard doing home remodeling, and was living clean. He had put on weight and was always in good spirits. About six months went by. One night he relapsed in our home. I didn’t know much about drugs, and certainly nothing about overdoses. He had used in our bathroom, and I heard a loud thud. I will never forget that sound. I hear it every night as I try and fall asleep. I hear it when I walk into the bathroom. I hear it during unexpected moments. Thud. And I waited. 15 fucking minutes. I was 28, scared, and I couldn’t get the door open. At first I heard breathing. I don’t know why, but I called his mother first. I really don’t know why. But she said she was coming right over and that he was probably fine. Probably fine. That wasn’t good enough for me. 15 minutes had already gone by. I finally busted the door open and he was laying on the floor and I knew it wasn’t good. I called 911. But it took me 15 entire minutes to call 911. His life, at least that one time, would have been saved. I can’t speak for future events or what would have happened another time, but in my soul I know that had I called 911 at that first suspicious thud, he would have lived that night. Instead I held him as he died in my arms. And I will never be absolved of that guilt. Never. There is no amount of therapy or words anyone can say that will rob me of my shame. I will hear that sound and see his face forever. That is my cross to bear.

Yes, borderlines can feel bad after hurting someone. They can feel absolutely terrible.

Mood disorders are wildly misunderstood and I hope more people that are diagnosed and those with credentials speak out. We aren’t monsters. But we are human. And we do fuck up.

Does a person with bpd feel bad after hurting someone?
Ramona Cobb's answer: I'm a 35 year old female that is diagnosed with borderline personality. I'm in a long term, loving, stable relationship. A mom. And a dog ...

How do I recover from a BPD relationship if there was no closure? This question previously had details. They are now...

Socioeconomic Factors Borderline pathology has been identified in all cultures and economic classes in the United State...
Home
Borderline Personality Disorder
Sponsored links