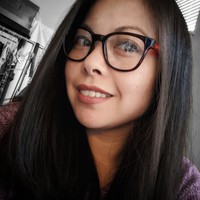 A narcissist will 100000% repeatedly trigger your issues and his own. He will be quick to call you a lunatic when you freak out, not realizing that he is just as much of a loon for poking at an open wound. Both NPD and BPD injuries are from childhood trauma and are so similar that there is a mirroring effect – these wounds exist within BOTH of you, but the reactions and outcomes are different.

I personally think the type of narcissist that end up in long term with BPD’s have a high likelihood of being raised by a BPD mother. He is trying to “fix” the BPD by unknowingly re-opening his narcissistic injury. He believes he can, because he is a narcissist and thinks he can conquer anything.

When he feels suffocated, his defense mechanism will cause him to bolt without explanation. This will trigger your fear of abandonment and BPD’s instinctive response is to lash out and then retreat.

You will find yourself apologizing over and over, not because you really believe you did anything wrong, but because Mr. Narc cannot accept blame for any wrongdoings and you just want him to not leave and love you again.

Never did my BPD symptoms become so prevalent until a relationship with a narcissist. Here are some things I wish I knew in the early stages of my former relationship:

1.) If you are both diagnosed, seek and stick with treatment. It’s more difficult for narcissist to continue with treatment, but you cannot worry about him. Stick with your own treatment that is separate from him. Two fragmented individuals need to work on themselves before they can form a solid relationship with each other.

2.) There are very specific techniques dealing with BPD issues that are different than most people who are just moody or depressed. People used to tell me, “Oh, take deep breaths!” Experiments have shown that BPD’s were taught coping techniques and understood them, however, when a rage episode occurs, they were unable to perform these techniques in real time. Additionally, BPD’s have a significantly higher rate of suicide and suicide attempts than all the other mental disorders, and the ones who survived did not even want to die. The point is, you have to learn these techniques so you don’t get caught up in an emotional hurricane caused by your narcissist.

3.) Take time for yourself. Do not lose contact with close friends and family, even if the narcissist does not approve. This will help you with your fear of abandonment, maintain emotional equilibrium and relieve your narcissist from feeling engulfed. Just make sure you reassure him you aren’t leaving him, for he deep down fears abandonment too.

4.) Once the idealization and love bomb stage ends, it will never be like that again. For me, our love bomb stage lasted years. All my previous relationships and even my marriage did not last that long because of my own issues. With a narcissist + borderline, both are afraid to get too close, so there is a see-saw effect where both take turns pushing each other away, which is why that is the longest lasting relationship I have had.

5.) If you feel like you are being punished or feel like he is trying to control you in a situation — you are right. Cluster B traits overlap, manipulation is one of them and you can recognize it faster than anyone else. If you acted like the punishment didn’t bother you, then it is less likely to be used again. How you want to handle control issues is up to you. A narcissist NEEDS to feel in control or will hold you in contempt. You chose to be in this relationship knowing he is a narcissist. Pick your battles wisely.

If the narcissist is has a malicious streak or if you have a tendency towards suicide, then it’s probably best to let it go. A narcissist cannot resist seeing how far he can push, and pushing someone to their death is too far.

The cycle of narcissistic abuse is terrifying, heartbreaking and devastating. My heart goes out for everyone who has suffered through this and I don’t wish for anyone to go through this type of emotional torment. In particular with BPD, every emotion is heightened and a key narcissistic manipulation technique is to confuse, making a BPD an extra easy target since we have difficulty separating our emotions.

However, I do believe that this combo can form a more stable relationship with each other than with someone who doesn’t have a personality disorder. It may not be a traditional sort of relationship, but it can be a relationship that works for both of them.

Melissa Cheng's answer to What is it like when a narcissist (him) and a borderline (me) are in a relationship? Could his narcissism exacerbate my BPD? I had a few symptoms before being in a relationship with him. - Quora
A narcissist will 100000% repeatedly trigger your issues and his own. He will be quick to call you a lunatic when you freak out, not realizing that he is just a...

How relationships will over with Person with BPD

When do you know the relationship is over with someone who has borderline personality disorder (BPD)? H...

What is the tendency of infidelity in the case of a BPD woman? Asbjorn Magnussen, DBT post grad. Answer...

How do I recover from a BPD relationship if there was no closure? This question previously had details. They are now...
Home
Borderline Personality Disorder
Sponsored links