This is happened, when you failed relationships with BPD

What is it like to be married to someone with Borderline Personality Disorder (BPD)? 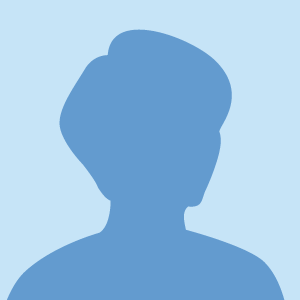 Daniel Findley, Once married to someone with BPD
Answered January 12, 2016

The most miserable experience of your life.

You will feel anxiety and depression all the time. You will question reality and your own memory. You will self-flagellate to make penance for perceived crimes against the person with BPD. You will walk on eggshells and constantly worry about setting off your partner. You will find yourself giving up important parts of your life to please your partner.

I was married to someone with BPD for a year. It’s been 8 months since we separated, and I started seeing a therapist immediately after. People with BPD usually have other comorbidities like depression/anxiety, as well as addictions. It’s an impossible life. You will never be good enough for someone with BPD, which is okay because someone with BPD can’t be good enough for anyone – they are almost universally abusive and destructive people. You are less than a person in their eyes – you are a tool to be used and discarded as necessary.

BPDs fear abandonment, even if it’s invented. You might try to excuse yourself from a fight and have your keys or phone hidden from you, or your way blocked. You might try to end a fight and go to bed only to have all the lights turned on and be yelled at or have music played so that the fight can keep going, or have your blanket ripped off of you. You might escape and go for a drive or for a walk and be constantly pestered, be threatened with false accusations or with a visit from the police, or be told how awful you are for stranding your partner, or be called a wimp (usually much worse) for not sticking through an impossible fight.

You will never win an argument, you will endure them until your person with BPD thinks you have been broken down enough and lets you have some respite. You will have rare occurrences when your partner fears you leaving enough that they will apologize, but it’s not a real apology. In my case, it was awful behavior brought on by drunkenness, but the drinking began within 2 days almost every time no matter how earnest the apology seemed.

You will be isolated from those you care for and love, because they will likely recognize how much you are being abused and try to give you some perspective or urge you to leave.

You will wonder what the hell is wrong with you, how you could possibly make someone so angry. But BPDs perceive anger that isn’t there. They see anger in faces that are neutral, and at one point my ex managed to convince me I had an anger problem, something I’ve never had in my life.

Don’t get close to someone with BPD. They need therapy. Really, really good therapy. It’s not their fault that they have this condition, and it’s a pitiful state because it makes healthy relationships impossible for them, but at the same time, you can’t let yourself get destroyed. And it’s not your fault that you’re being abused and damaged.

What is it like to be married to someone with Borderline Personality Disorder (BPD)?
Daniel Findley's answer: The most miserable experience of your life. You will feel anxiety and depression all the time. You will question reality and your own ...

How relationships will over with Person with BPD

When do you know the relationship is over with someone who has borderline personality disorder (BPD)? H...