When do you know the relationship is over with someone who has borderline personality disorder (BPD)? 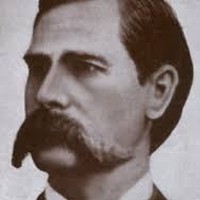 Speaking from personal experience, relationships with a person that has Borderline Personality Disorder (BPD) are not only tumultuous. They are down right confusing. I feel compelled to make this disclaimer up front: I am speaking of people with untreated BPD and I do not hate them or think they are mindless monsters or any other hateful crap I am simply discussing the behaviors that I have seen up close and personal. Before I can get to the heart of your question, there are a few things you need to know.

People with BPD do not enter or exit relationships like other people. What I have seen is that splitting is the primary reason for this. Splitting is the black and white/all or nothing type of thinking. It’s also to the fact that splitting is emotionally driven, so to the outsider it’s really hard to understand, and because it’s emotionally driven any type of traditional conflict resolution doesn’t work. You cannot apply logic to an emotional situation where logic doesn’t exist. The romantic partner of a person with BPD will often times unknowingly exacerbate the bad feelings by trying to apply logic. If your BPD partner is triggered by something and appears to be overreacting and you try to figure out why this is such a big deal. Your partner will often times feel like you are invalidating their feelings.

A real life example is one of my ex-wives had gotten a phone solicitation call that was selling some kind of “Internet protection” BS. I was sitting next to her and she very politely said “No, thank you.”. The next thing I know she is screaming at the top of her lungs and she was in a rage. That was unusual for her because most of her expressions of anger were passive aggressive. The conversation went on way too long and she kept repeating “I am not, you take that back!”. When she finally hung up the phone, I asked what the hell this guy said to make her so angry. The sales guy was using a shaming tactic to get her to buy and he said “ It’s obvious you don’t care about the safety of your family so I will just file your name with all the people who don’t care.”. This was baffling to me. Why are the words from some minimum wage jackass so hurtful? I would try to figure out by asking her, “Why do care so much of what some random asshole thinks”?. Good thing I ducked because it sounded to her like I was saying this is no big deal and it was perceived that I was invalidating her feelings. When in truth I was trying to understand. What I now know is that a big part of BPD is toxic levels of shame. I was honestly trying to understand and unknowingly furthering the feelings of shame because she thought I was saying you should be able to handle this.

Back to the black and white splitting and ending the relationship. Anytime you are the cause of a trigger the relationship could be terminated by your partner with BPD. The reason for this is that if your the source of the trigger your person with BPD automatically feels that all the deep feelings of hurt are caused by you, therefore you are no longer with me you are against me. The confusing thing for me was each of my exes with BPD would tell me that they no longer feel safe and they have lost all trust in you and the relationship. It can and does happen literally at the drop of a hat and the non-borderline partner will rarely understand what the hell they did that was so bad. Triggers are arbitrary and ever changing. What is a trigger today may not be one tomorrow and how many of us partners have tried to keep a tab on what is or is not an issue, to try and avoid triggering. Only to find out that it changes from day to day week to week and year to year.

The other difficulty about splitting is that it is extreme black and white. Black is Satan evil and white is saintly awesome they will often times project that you think the same way. Therefore when you trigger them or say something negative there is no grey area it’s as if you are calling them low down and evil, regardless of the fact that you don’t really think that. After the rage is gone and the melancholy sets in your partner if untreated will not be able to admit any fault because they are already in a shame spiral and admitting fault is like admitting to being low down and evil. If you want the relationship to continue you must accept all blame and kiss up to them until they feel better and some event occurs that splits you back to white. In each relationship that I have had with a person with BPD including my mother ended when I refused to take the blame for the split/trigger because I simply didn’t want to live that way any longer. They felt the need to end the relationship and what is often referred to as the smear campaign is an attempt to quell the feelings of inadequacy, shame and or guilt. Once again I am not bashing or demonizing people with BPD I am simply saying that this is what I know was going on. Splitting is the reason that people with BPD do not enter or exit relationships like other people. When you first meet you are seen as someone that is over the top awesome and when triggered you are untrustworthy and seen as the source of all emotional pain. That is the reason that a person with BPD can terminate a relationship in what seems like a very short period of time. I hope this is some help.

Does a person with bpd feel bad after hurting someone? This question previously had details. They are now in a comme...

An website just explained me, about Cycle of Dealization and Devaluation. Can people with BPD (EUPD) be trusted? ...
Home
Borderline Personality Disorder
Sponsored links